Manoj Tiwary, who has played for the Indian side in 12 ODIs and three T20I matches, joined the TMC at a rally in Hooghly in presence of West Bengal Chief Minister Mamata Banerjee and said that she is trying to unite people together.

“BJP is playing divisive policy and Mamata Banerjee is trying to unite people together. When I play cricket, I play for the country, not on the basis of religion,” Tiwary was quoted as saying by ANI.

Earlier in the day, the West Bengal skipper took to his official Twitter account to inform about his ‘new journey’. He created a new account on Instagram and said, “A new journey begins from today. Need all your love & support. From now onwards this will be my political profile on Instagram.”

A new journey begins from today. Need all your love & support. From now onwards this will be my political profile on Instagram.https://t.co/uZ9idMW7lD 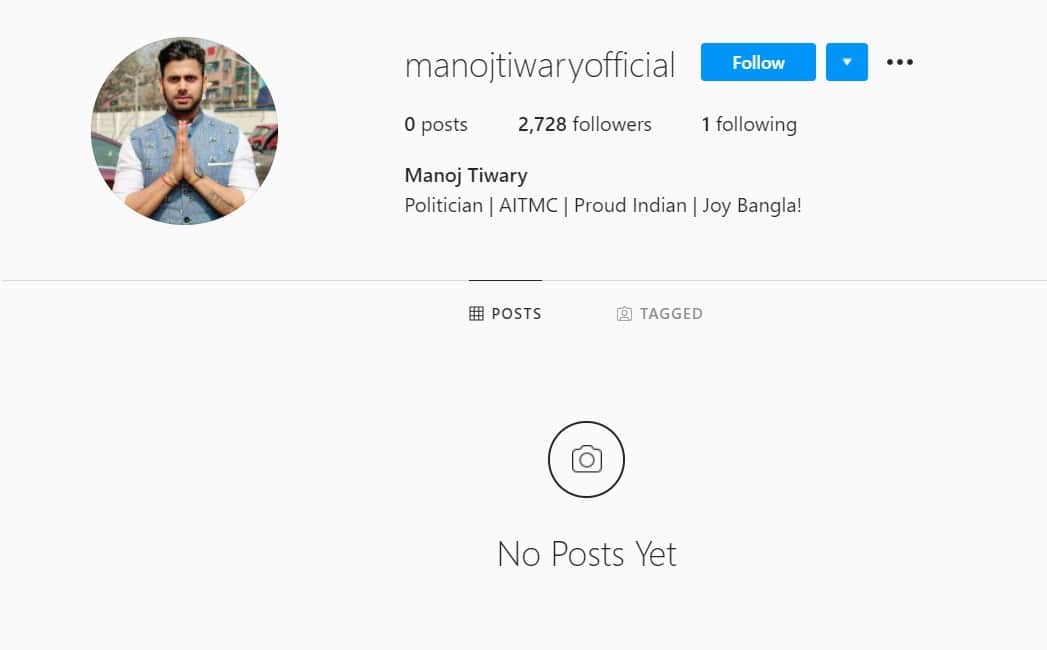 The cricketer has also played in the Indian Premier League for the Kolkata Knight Riders, the Kings XI Punjab (now Punjab Kings), and the Rising Pune Supergiants and has got a huge fan following.

Tiwary’s addition to the TMC comes at a time when several leaders including veteran MP Dinesh Trivedi and political heavyweight Suvendu Adhikari have left the Mamata Banerjee-led party in the past few weeks. Former West Bengal Rajib Banerjee also quit the party along with four other disgruntled leaders.

This is to be noted that the elections to the West Bengal Legislative Assembly that comprises 294 seats are likely to be held in April or May. The current tenure is slated to end on May 30.